Skip to content
The sphinx tile is composed of six identical triangles. It has the ability to tile itself. The number of different self-tilings as the order of the  sphinx gets larger has recently been extended.  The computing code that resulted from that effort (Walter Trump) morphed into a simple graphical user interface to tile any shape on the triangular grid with any shape.  The graphics in this paper are from that program.  After a year or two it begins to be difficult to know who contributed what originally.
New Ideas for the sphinx tile in these graphics:
1) Sphinx tile classification
2) Sphinx tile – 12 aspects (Trump)
3) Small shapes with multiple sphinx tilings
4) Sphinx dominoes
5) Sphinx tile polymerization
6) Examples of all 153 order 5 sphinx tilings ( OEIS ref)
7) Large shape with only one sphinx tiling
8) Hyper-packing the sphinx
9) Tiling with component triangle defects
10) Homogeneous sphinx tiling
11) cylindrical tiling (Trump)
12) Interlocking shapes
References
Below are some examples: 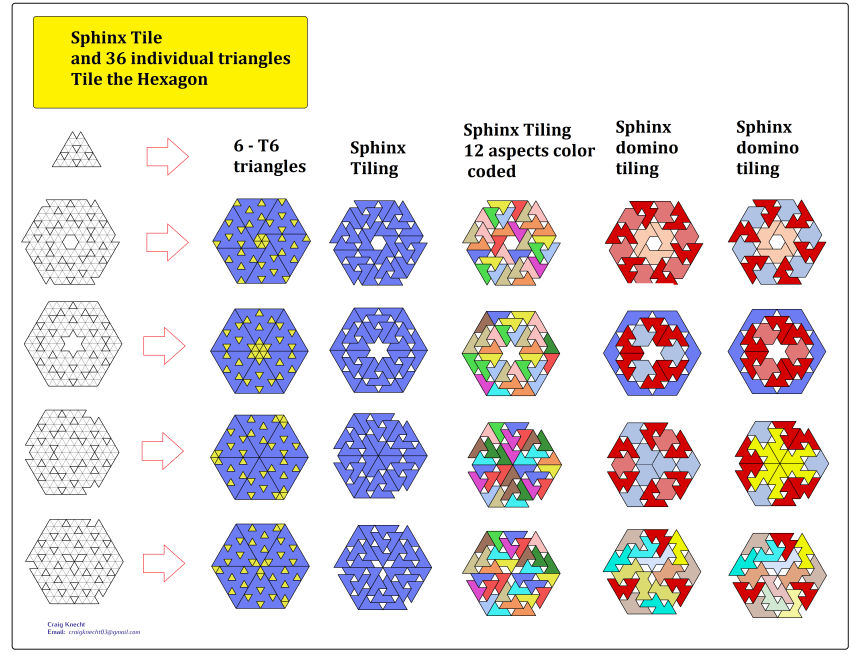 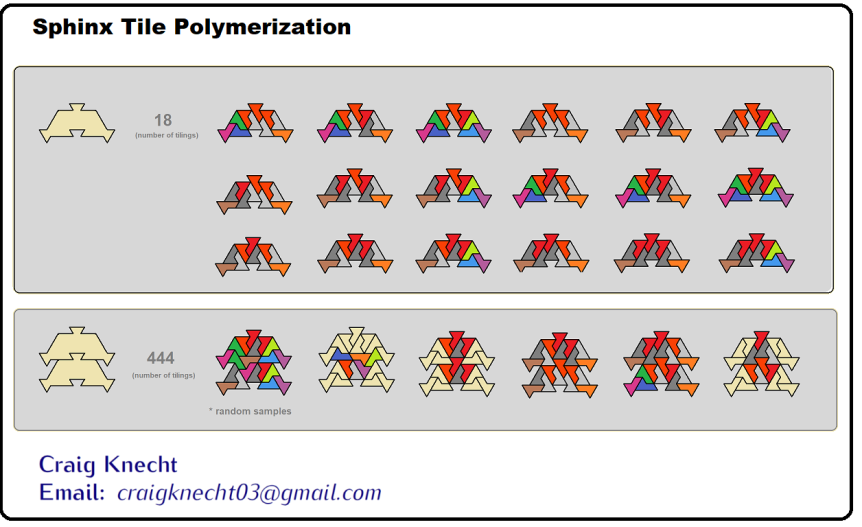 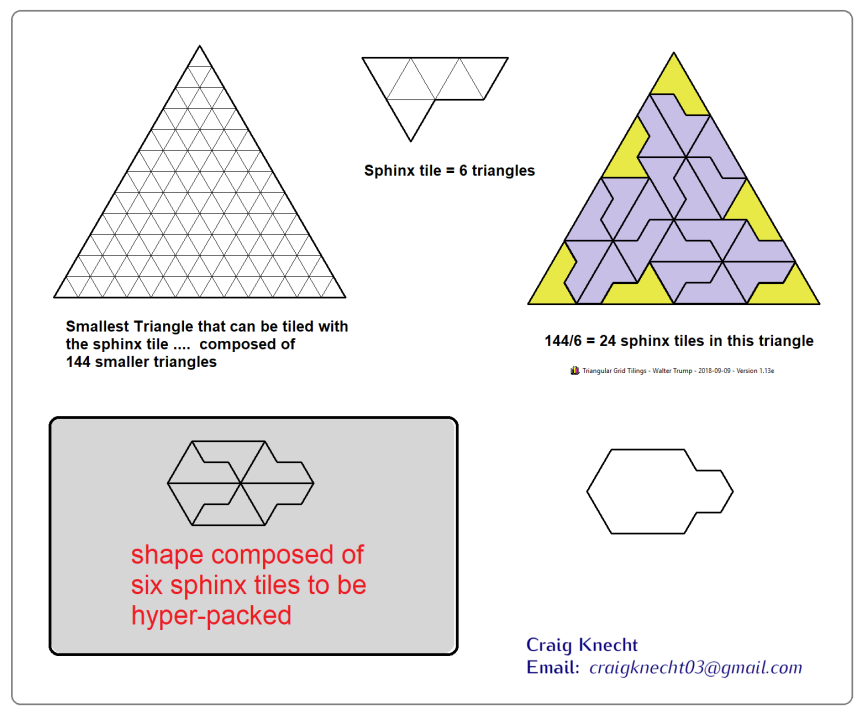 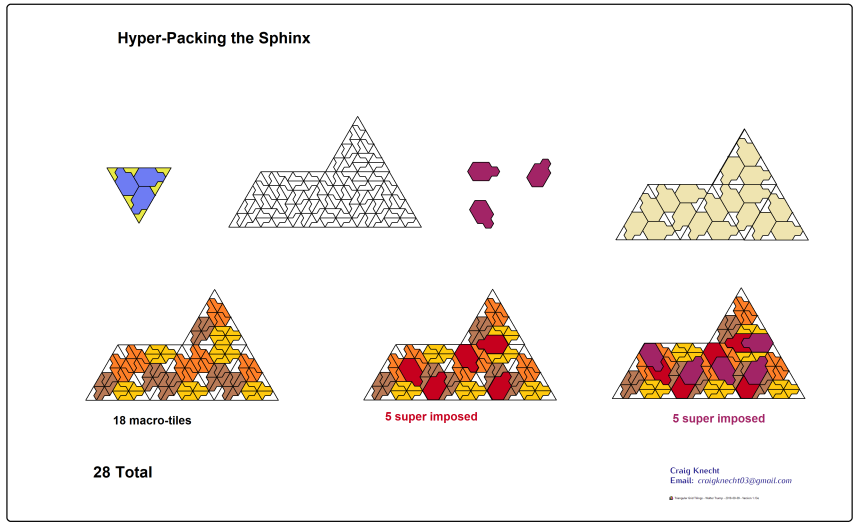 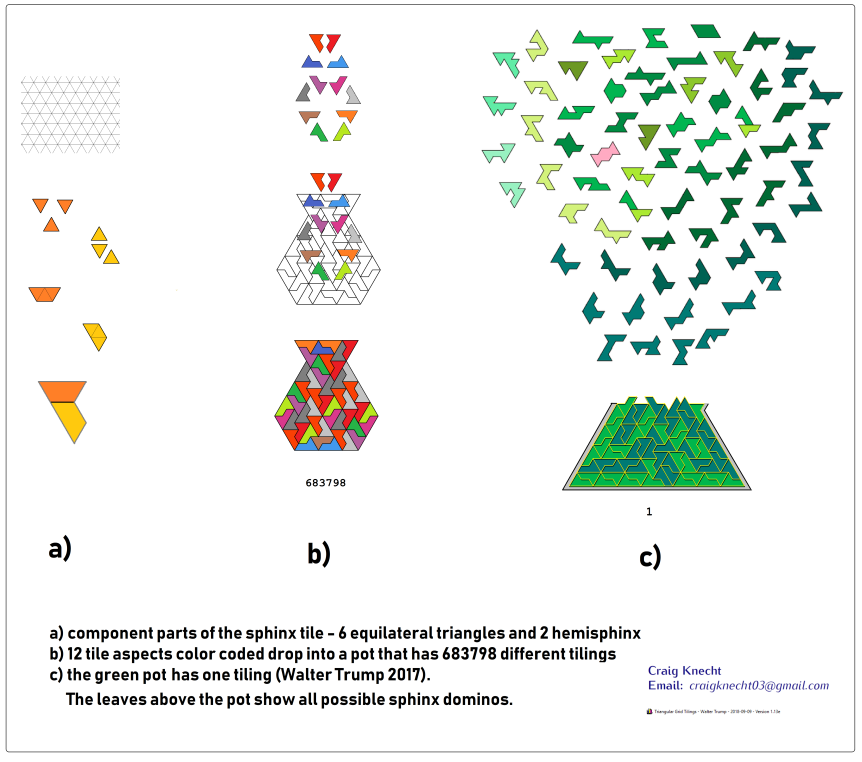 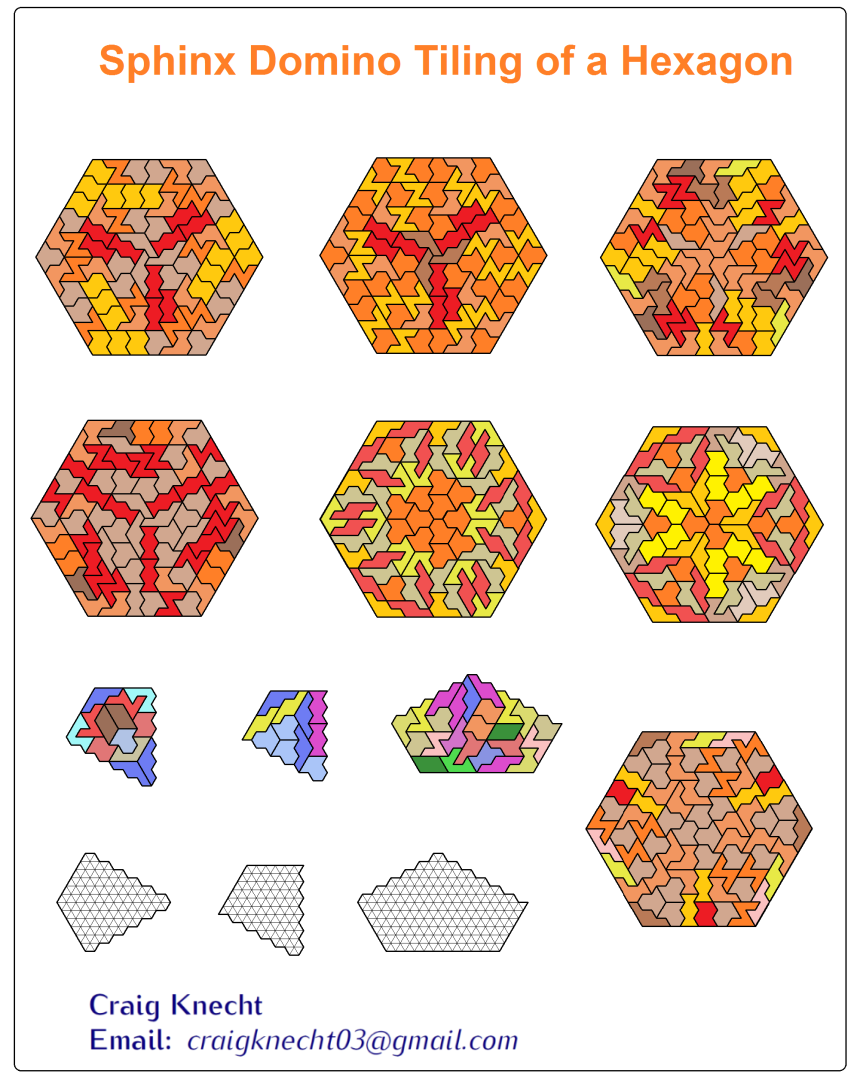 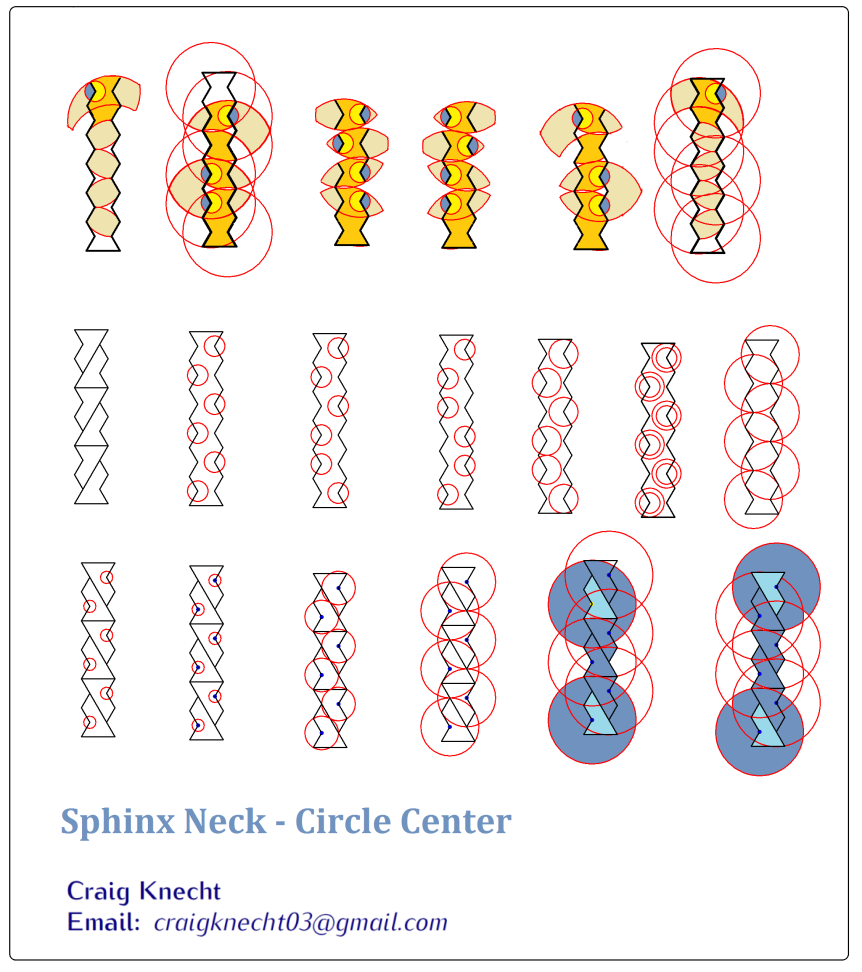 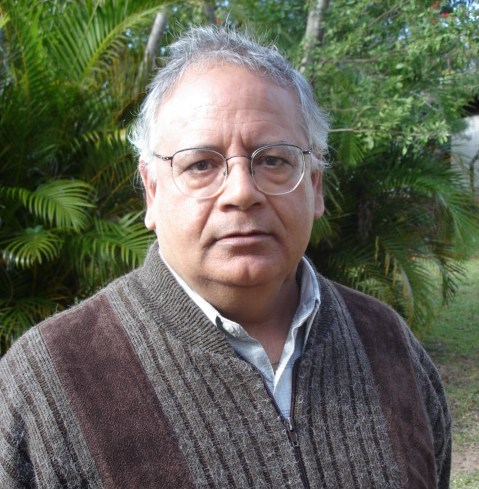